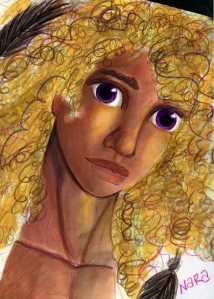 Zione Tempest is an outgoing and ambitious musician. He went from rags to riches when the Tempests adopted him at the age of 10. Since then he’s lived a very privileged life, there is literally nothing they couldn’t buy, except for the one thing he wants the most, fame.  He was waiting for the right singer to put his band Void on the map, a voice from his dreams. When he hears Gavin in singing he knows he is the one. Not only for the band, but for him as well. Zione’s playboy persona covers up for his sensitive soul. His true feelings come through in his music creating a powerful connection with his audience.

Alan Tempest is the manager of  Zione’s band Void as well as his guardian. He  was a child genius who graduated high school at age 12 and got his first two degrees at 16. He is currently working against his will for his father’s record company. Their relationship is strained due to his father’s persistent and often perverse meddling in his life.  He is closer to Zione than any of his blood relatives, some would say too close.  They do care for each other very much, having survived growing up in the twisted Tempest household. Alan is fixated on Zione, going so far as to have his movements monitored.  He will be  one of the biggest obstacle to Gavin’s and Zione’s relationship, just how far will he go to keep them apart?

Fly Away With Me. PDF Version (free!) this when I started to learn to draw comics and it shows.